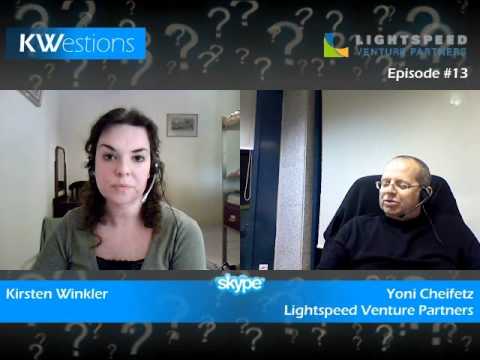 The Great Bitcoin Bull Market Of 2017 by Trace Mayer

By: Trace Mayer, host of The Bitcoin Knowledge Podcast.
Originally posted here with images and Youtube videos.
I just got back from a two week vacation without Internet as I was scouring some archeological ruins. I hardly thought about Bitcoin at all because there were so many other interesting things and it would be there when I got back.
Jimmy Song suggested I do an article on the current state of Bitcoin. A great suggestion but he is really smart (he worked on Armory after all!) so I better be thorough and accurate!
Therefore, this article will be pretty lengthy and meticulous.
BACKGROUND
As I completely expected, the 2X movement from the New York Agreement that was supposed to happen during the middle of my vacation flopped on its face because Jeff Garzik was driving the clown car with passengers willfully inside like Coinbase, Blockchain.info, Bitgo and Xapo and there were here massive bugS and in the code and miners like Bitmain did not want to allocate $150-350m to get it over the difficulty adjustments.
I am very disappointed in their lack of integrity with putting their money where their mouths are; myself and many others wanted to sell a lot of B2X for BTC!
On 7 December 2015, with Bitcoin trading at US$388.40, I wrote The Rise of the Fourth Great Bitcoin Bubble. On 4 December 2016, with Bitcoin trading at US$762.97, I did this interview:

As of 26 November 2017, Bitcoin is trading around US$9,250.00. That is an increase of about 2,400% since I wrote the article prognosticating this fourth great Bitcoin bull market. I sure like being right, like usual (19 Dec 2011, 1 Jul 2013), especially when there are financial and economic consequences.
With such massive gains in such a short period of time the speculative question becomes: Buy, Hold or Sell?
FUNDAMENTALS
Bitcoin is the decentralized censorship-resistant Internet Protocol for transferring value over a communications channel.
The Bitcoin network can use traditional Internet infrastructure. However, it is even more resilient because it has custom infrastructure including, thanks to Bitcoin Core developer Matt Corrallo, the FIBRE network and, thanks to Blockstream, satellites which reduce the cost of running a full-node anywhere in the world to essentially nothing in terms of money or privacy. Transactions can be cheaply broadcast via SMS messages.
SECURITY
The Bitcoin network has a difficulty of 1,347,001,430,559 which suggests about 9,642,211 TH/s of custom ASIC hardware deployed.
At a retail price of approximately US$105/THs that implies about $650m of custom ASIC hardware deployed (35% discount applied).
This custom hardware consumes approximately 30 TWh per year. That could power about 2.8m US households or the entire country of Morocco which has a population of 33.85m.
This Bitcoin mining generates approximately 12.5 bitcoins every 10 minutes or approximately 1,800 per day worth approximately US$16,650,000.
Bitcoin currently has a market capitalization greater than $150B which puts it solidly in the top-30 of M1 money stock countries and a 200 day moving average of about $65B which is increasing about $500m per day.
Average daily volumes for Bitcoin is around US$5B. That means multi-million dollar positions can be moved into and out of very easily with minimal slippage.
When my friend Andreas Antonopolous was unable to give his talk at a CRYPSA event I was invited to fill in and delivered this presentation, impromptu, on the Seven Network Effects of Bitcoin.
These seven network effects of Bitcoin are (1) Speculation, (2) Merchants, (3) Consumers, (4) Security [miners], (5) Developers, (6) Financialization and (7) Settlement Currency are all taking root at the same time and in an incredibly intertwined way.
With only the first network effect starting to take significant root; Bitcoin is no longer a little experiment of magic Internet money anymore. Bitcoin is monster growing at a tremendous rate!!

What is layer protocol?
The Layer Protocol is a borderless reputation and incentive system that unifies sharing economy companies across the world, creating a next-generation, decentralized global authority of user behavior reputation. Layer seeks to be the decentralized credit scoring agency of the future. Read more from Whitepaper.
​
​When is the token generation event?
The TGE is scheduled for Q3-2018. We'll be releasing our detailed Q3 roadmap shortly. Please have patience.
​
What currency is the token value pegged to?
The token value is pegged to USD. Exact price in ETH is yet to be announced. 1 LRX = 0.0375 USD.
​
When will whitelisting be available?
No set date for whitelisting, however it will precede the Token Generation Event (TGE) which is scheduled for Q3 2018.
​
How many team members?
The team has 9 members.
​
Where is the Layer Protocol team from?
The team is based in Silicon Valley, United States. The Layer Foundation is based in Switzerland. For more information about team members please see our official website.
​
Who will use the platform?​
The platform will be used by companies in the sharing economy where there is a need for a reliable database of its users reputation.
​
When and which exchanges will the project list on?
The project is not listed anywhere, because token sale is not completed yet. We can't give out any details on exchange listings prior to simultaneous announcement from us and the exchange(s).
​
Where can we find the roadmap?
Here's our roadmap for the next 6 months: https://medium.com/layerprotocol/the-layer-protocol-roadmap-9a5b372c39af ​
​
Why rebrand from Pin Protocol? What changes were made?
We rebranded Pin Protocol to Layer Protocol because of a similar-name scam project named “Pincoin” . We didn’t want to be associated with that project in any form. New name was the only change. More info here.
​
What is Spin and how is it associated with Layer Protocol?
Spin has been one of the fastest-growing and most talked-about companies in Silicon Valley in 2018, and this is how most of the community knows about Layer. The co-founders of Spin started Layer, and have been pretty vocal about this when talking about Layer. Layer came about as it solves a crucial problem for Spin, and also because it has compelling potential independently as a decentralized reputation protocol for other platforms. The continuing rapid growth of Spin drives more adoption and distribution for Layer.
​
Who are your Partners?
Origin Protocol - Origin is a protocol for creating sharing economy marketplaces using the Ethereum blockchain and IPFS. More about the partnership here.
Insight Network - Layer Protocol is partnering with Insights Network to be its KYC solution, providing an efficient, streamlined process for identity verification. Effective immediately, users can complete KYC verification for Layer Protocol on the Insights Network. Link to medium post.
Quantstamp - Quantstamp will audit Layer Protocol's ICO and protocol smart contracts in the near future. Link to medium post about the partnership.
MedChain - Medchain is the leading blockchain Electornic Health Record platform. You can read about the partnership here.
No Rest Labs - No Rest Labs is the premium blockchain development firm, that has significantly contributed to top tier projects including Lendroid, WeTrust, Aimedis, and tagMonkey, and are the minds behind five open-source blockchain tools: MouseXplore, MouseKYC, MouseSDK, MouseWallet, and MouseUtility.
MouseBelt - The world’s first full-service blockchain accelerator. Read the medium post here.
Spin - Spin provides your community with dockless scooter-share to get you where you need to go—whether you’re commuting to work, going to class, running errands on the weekends or exploring your city. With Spin, you’re free to roam.
​
​
Layer Protocol Team
​
Core Team
Euwyn Poon - Co-Founder - Euwyn is entrepreneur, lawyer and software engineer who has been involved in the blockchain industry for 5 years. In 2014, he co-founded Delta, one of the first projects to offer interest-bearing Bitcoin accounts, which was backed by Y Combinator, Initialized Capital and Winklevoss Capital. He has spoken at CoinSummit London and Inside Bitcoins and has been featured on Bloomberg, Wall Street Journal, New York Times, Forbes, Vice, CNBC and Fox Business News. https://www.linkedin.com/in/euwyn/
​
Derrick Ko - Co-Founder - Derrick is a senior software engineer and product manager, and is also the Co-founder & CEO of Spin, an electric scooter sharing company serving over 50 markets in the US. Previous experience includes Lyft, Kicksend, Pivotal Labs and is a Y Combinator alumni. https://www.linkedin.com/in/derrickk/
​
Zaizhuang Cheng - CTO & Co-founder - Zaizhuang is a senior software engineer, previously lead engineering at Disqus and built a Singapore based startup Yum. He is also CTO at Spin. https://www.linkedin.com/in/zaizhuang/
​
Galen Danziger - External CTO - Galen has been a CTO of many successful startups in Silicon Valley, participated in 500 startups program with tagMonkey and is a CTO in No Rest Labs, an software development company providing development services in the blockchain space. Lead the development for Lendroid. https://www.linkedin.com/in/galen-danziger-83877179/
​
Patrick McLain - External DevOps - Patrick is the leader of Blockchain accelerator MouseBelt, and leads the operations at No Rest Labs, providing development team along with Galen to Layer Protocol. Previously also went through 500 startups program with tagMonkey alongside Galen.
​
Advisors
Shayne Coplan - Founder & CEO of TokenUnion
https://www.linkedin.com/in/shaynecoplan/
Michael Ma - General Partner at Liquid 2 Ventures
https://www.linkedin.com/in/michaelma8/
Dmitry Grishin - Co-founder of Grishin Robotics, Mail.ru (DST)
https://en.wikipedia.org/wiki/Dmitry_Grishin
Josh Fraser - Co-founder of Origin Protocol
https://www.linkedin.com/in/joshuafrase
Matthew Liu - Co-founder of Origin Protocol
https://www.linkedin.com/in/matthewliu/
Gee Chuang - Co-founder of Ink Protocol and Listia
https://www.linkedin.com/in/geechuang/
Kenzi Wang - General Partner at AU21, a blockchain fund
https://www.linkedin.com/in/kwang2/
David Chen - Former Partner at Lightspeed
https://www.linkedin.com/in/dchen/
​
​
Token metrics:
Token Total Supply: 1,000,000,000 LRX
The hard cap is $15M
There is no soft cap
Token Allocation: 40% token sale, 15% team and advisors (2 year vesting), 30% company reserve (growth of team, build core partner network, user acquisition and control economics), 15% community (onboard partners, nodes and community growth)
Usage of Funds: 40% User Acquisition, 20% BD and Partnerships, 10% Operations and Overheads, 30% Engineering
​
How do I stay up to-date on announcements and updates?
Please check our Telegram announcements channel for latest updates. You may also wish to stay up-to-date on other Layer Protocol progress/news through the official blog on Medium https://medium.com/layerprotocol
​
Project links:
Website: https://layerprotocol.com/
Telegram Group: https://t.me/layerprotocol
Telegram ANN: https://t.me/layerprotocolannouncements
Twitter: https://twitter.com/LayerProtocol
Medium: https://medium.com/layerprotocol
Whitepaper: https://docsend.com/view/esxs96z
​
​

The Future of Bitcoin - The Investor Perspective